My work for Scars of Mirrodin came just as I was trying out my gridded sketchbook, so my early posts about it had to skate around the NDA-covered bits. I try to avoid for-hire work on my blog, but I thought some process sketches might be interesting and this is a good example. Also, since I'll be at the Toronto Grand Prix this weekend, Magic has been on my mind.

(I know it may not look like many thumbnails, but in my defense I do a lot of erasing. Any sketch that feels wrong at the outset gets erased and that spot gets another chance to be useful.) 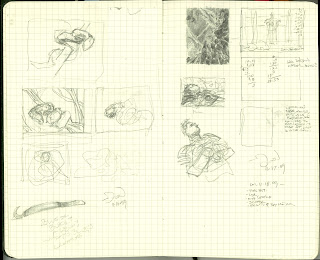 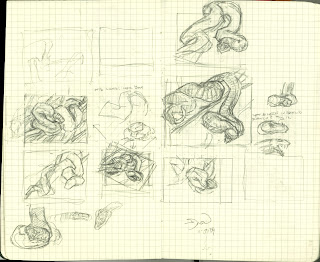 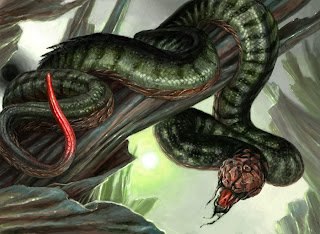 (I also talked about sketching in Ninja Mountain episode 83, if anyone's interested. I like to think there isn't anything particularly scandalous in the episode.)
Posted by Drew Baker at 10:26 PM